The Rolls-Royce Silver Shadow Cars have been produced since 1965 until 1980. Like the Silver Shadow (1965-1977), Silver Shadow Long WheelBase (1965-1977), Silver Shadow II (1977-1980) and The Silver Wraith II (1977-1980). The Rolls-Royce was continuously develop the car, than in 1977 there were several changes and they have chosen a new name. The Silver Shadow II and the extended version are come alive with a brand new name called Silver Wraith II. The major difference between the two models are the extended wheelbase what is in order to provide comfort in the back seats with it has 10 cm extra leg space. We can notice the longer rear door. Additionally the hubcaps are improved and the top got a layer called Everflex, which was also optionally available for the Shadow II model with a fee. There were 40957 cars produced from the Silver Shadow collection including the only 2135 Silver Wraith II. Let me mention some technical information. This model is equipped with an 8 cylinder 6750 cm3 engine which provides enough power for the car (about 220 HP). It was first Californian owner bought it in 1980 and used it for 25 years in Los Angeles. In 2005 a German origin gentleman obtained it and took care of the car for 8 years. Emily arrived to Europe in Hungary in 2013, where she is providing the Rolls-Royce feeling for the clients with her authentic conform and elegant. Today the environment protection is an important point in our life which was not different at Rolls-Royce. The rules of the environmental protection in California getting more stricter at the end of 70s, so Rolls-Royce felt responsible for it and reacted. Californian specialist one which protects the environment better than the other OldTimers. Injection system and introduced are modified a double exhaust system to reduce the pollution. Only about 50 pieces were produced from this Californian Silver Wraith II model. 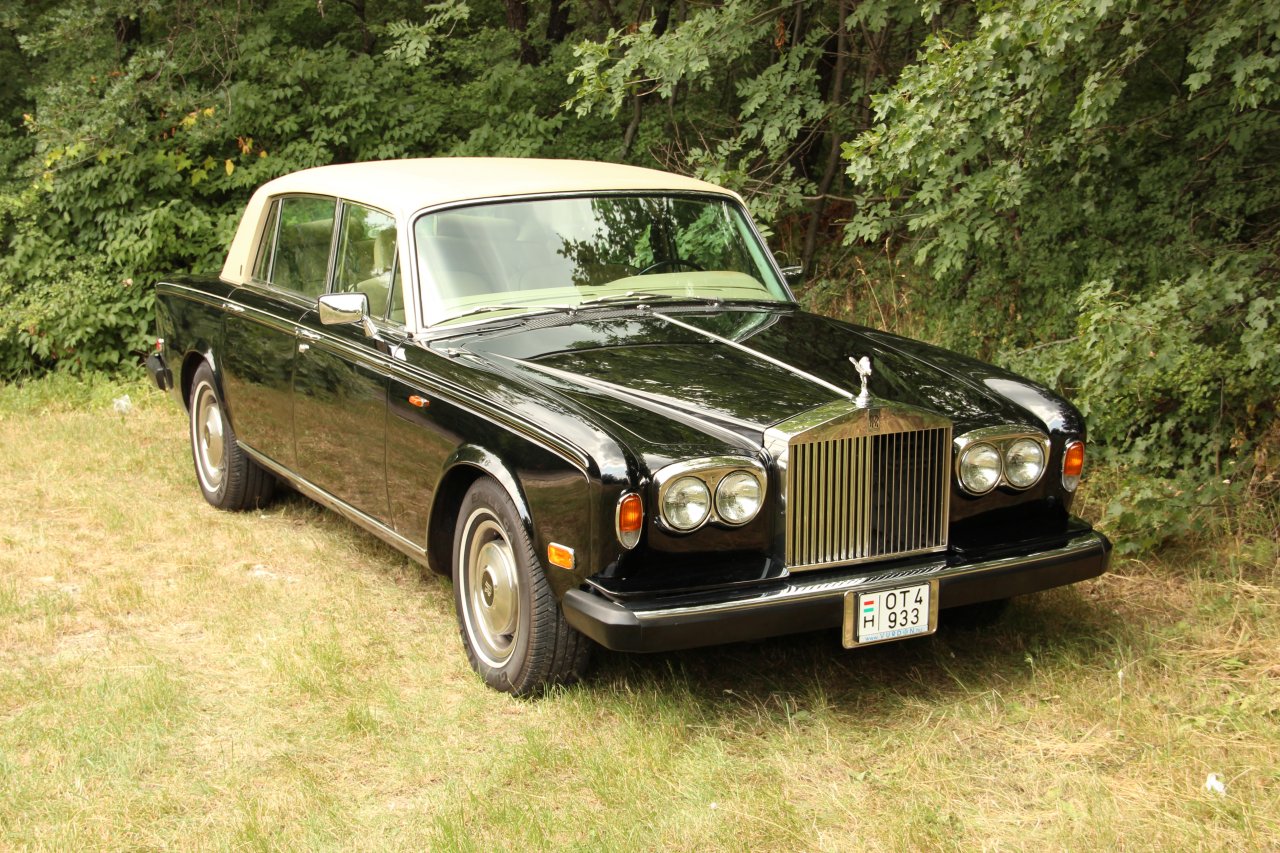 Originally called the "Spirit of Speed", the "Spirit of Ecstasy" as it is now known first appeared on the top of a Rolls-Royce radiator in 1911. The inspiration for the Spirit of Ecstasy was commissioned by the 2nd Baron Montagu of Beaulieu. He asked his friend Charles Sykes to design the mascot, which is thought to be modelled on Eleanor Velasco Thornton who was the secretary and lover of the Baron Montagu. This first figurine was named "The Whisper" and depicted a young woman in flowing robes placing one forefinger to her lips. Rolls-Royce were keen to design their own mascot because some Rolls-Royce owners were commissioning their own designs, which were not always in keeping with the ethos of the company. So Rolls-Royce's Claude Johnson (often known as the hyphen in the name Rolls-Royce) commissioned Sykes to create the now infamous "Spirit of Ecstasy". Johnson described how Sykes had sought to convey his design, "the spirit of ecstasy, who has selected road travel as her supreme delight... she is expressing her keen enjoyment, with her arms outstretched and her sight fixed upon the distance." Coincidentally, the spirit of ecstasy as pictured above is photographed from the Baron's own 1925 Rolls-Royce Phantom I, taken at the National Motor Museum Beaulieu. The 2nd Baron was a very keen motoring enthusiast and was the inspiration for the museum. The Spirit of Ecstasy is also nicknamed as "Nelly in her Nighty" were all silver-plated until 1914 and most now are made from stainless-steel, although silver and gold statuettes can still be ordered. Later Rolls-Royce's, like the new Phantom are fitted with retractable statuettes which can be raised or lowered by the touch of a button to help protect Nelly from theft or damage. The original mould for the Spirit of Ecstasy had become worn, which had lost some of the detail of the figurine. So using computer technology, along with old photographs of Thornton herself, the legendary figurine was recreated, restoring the lost detail to the Spirit of Ecstasy that sits atop the latest generation of Phantom. 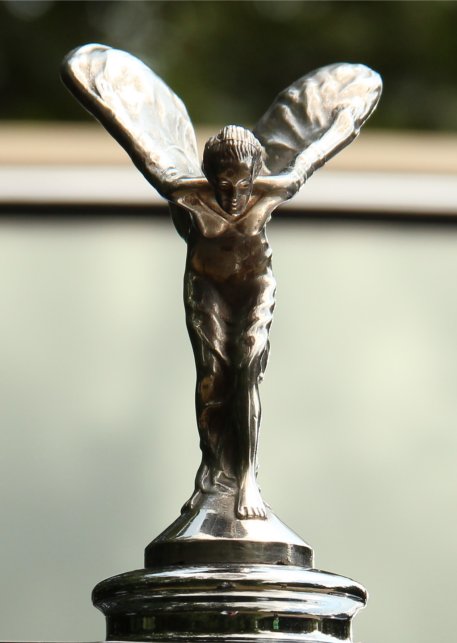